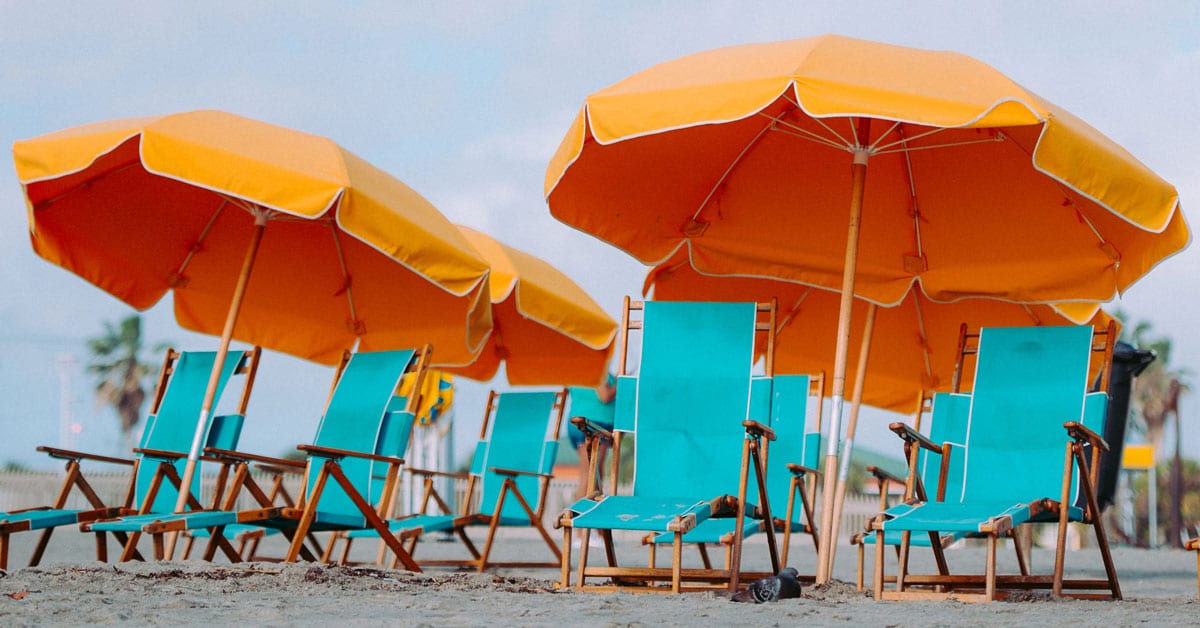 This article was updated on the 4th of June to reflect the UK Government’s announcement about Portugal moving lists on the 3rd of June.

On Friday 7th May, Transport Secretary Grant Shapps gave an update of foreign travel for summer 2021, including an announcement of the green list of countries for travel abroad – meaning anyone returning from these countries will not need to quarantine from 17th May.

However, places on the green list will have their own restrictions on who can visit from abroad.

The Transport Secretary started off his briefing by stating that he felt travel was crucial in rebuilding the economy of the UK, as well as reuniting families that are split across the world.

Mr Shapps then went on to say that we must, however, ensure that the countries we are reconnecting with are safe, with low cases of COVID-19 and high vaccination rates.

This is why the green list of countries is limited to just 12 countries, and this list does not include such holiday hotspots as France or Greece.

The Green List of countries under the UK’s traffic light system for foreign travel is as follows: 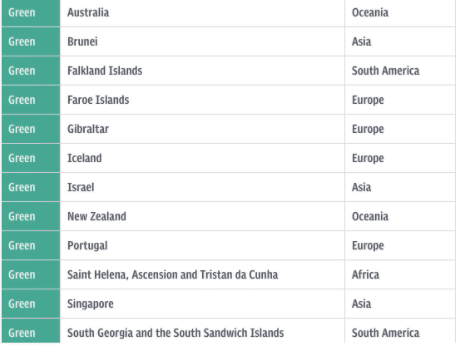 The Transport Secretary also reiterated his belief that we should not be booking holidays abroad this summer unless it comes with a refund which would still apply in the case of any changes due to the pandemic.

He also went on to say that “We don’t want a return to the days of misery and suffering” and that we must keep our “fortress” secure as we open up.

This is one reason why the number of green list countries is so limited – the government is planning a “slow and very deliberate” roll-out as many countries in the world are still playing ‘catch-up in terms of their vaccination position.

Passengers arriving into the UK from Green List countries after 17th May will not have to quarantine, but they will still be expected to undertake PCR testing on or before day 2 after return to the UK.

After the briefing ended,  Grant Shapps went on to tweet: 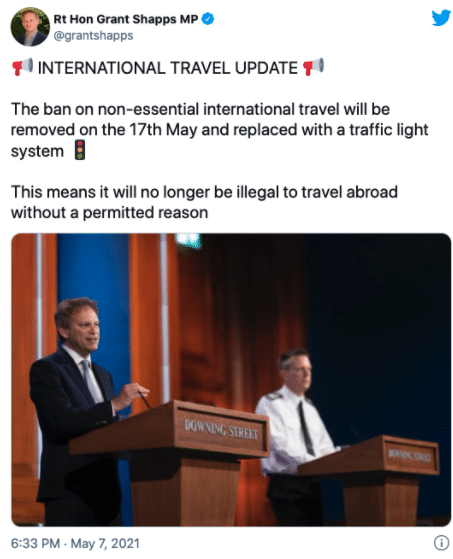 On the 3rd June, the UK Governmnet announced that after reviewing the current rate of infection in Portugal, and bearing in mind that this had “nearly doubled”, they would be placing Portugal on the amber list from the 8th June.