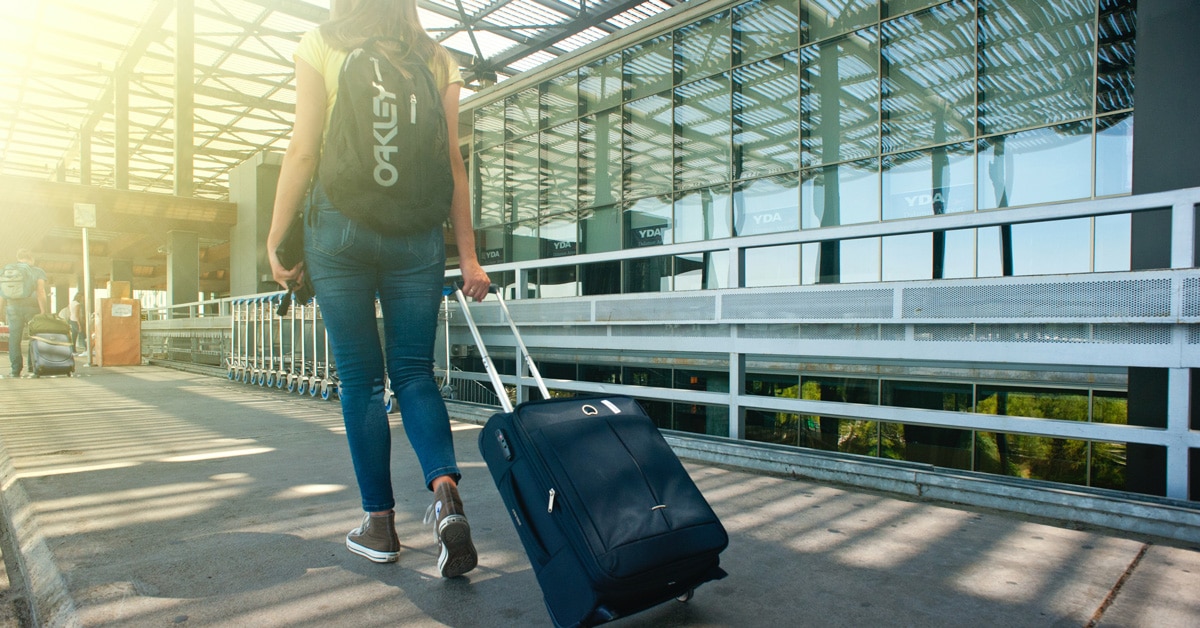 The traffic light system has changed – what does this mean for holidays?

Fit2FlyTest explain the new rules for travel, including what tests you need and quarantine requirements for red and green countries.

The UK government recently announced changes to the international travel rules which will become effective from the 4th of October, including a reduction of the red list by eight countries and replacing the green and amber lists with a new “rest of world” or “ROW” list for arrivals into the UK. But, it’s not just our own requirements you need to stay on top of before booking a holiday abroad.

The original traffic light system covered which tests were needed to be taken before and after returning to the UK and how long travellers needed to quarantine for (if at all). Until the last update, on the 17th of September, reviews to this system happened every three weeks – although there have been some slight variations between these set reviews.

Government ministers recently announced that from the 4th of October the green and amber classifications would be dropped in England, Northern Ireland, Scotland and Wales and the countries that were on these lists would now fall into either a red “no-go” list or the “rest of world” or “ROW” list.

At the moment, there are 62 countries on the red list, but eight countries will move to the “rest of world” list on the 4th October, and these countries are:

This new two-tier system was devised with the aim of simplifying travel. It has not yet been announced when the next review will take place – previous to this new system, reviews of the traffic light system took place every three weeks.

Before you book your foreign holiday, however, you will need to check if the country you are intending to travel to is allowing UK residents to enter – as many countries listed on the green list (such as Australia and Canada) are not. Other countries, such as Malta, require travellers from the UK to show an NHS COVID pass as proof of being fully vaccinated.

It is also a good idea to check the advice on the UK government’s Foreign Commonwealth and Development Office website as this will not only offer advice on whether a country is safe to travel to based on the COVID risk but also includes a wide variety of other factors in its decision, such as terrorism and civil unrest.

Be warned though, the two lists don’t always marry up as some countries that are on the green or amber list at the moment are also currently showing as having an FCDO warning against travelling there. If you do travel to a country against UK government advice, then it could invalidate your travel insurance.

Currently, wherever you travel to, even if it is a country on the green list, the UK government requires you to take a PCR test when you return – even if you are fully vaccinated. From “later in October” UK travellers will be able to use lateral flow tests instead of PCR tests on Day 2 after returning to England or Scotland. Anyone who tests positive on this lateral flow test, however, will still have to take a PCR test.

In the last update from the UK government, no changes were made to the existing green list, which includes countries such as Gibraltar, Malta and Madeira. England, Northern Ireland, Scotland and Wales currently have the same green list.

However, all four nations removed eight countries from the red list on the 22nd of September, and these countries included Egypt, Turkey, Pakistan and Kenya. These countries have now been moved to the amber list, joining existing amber rated countries such as France, Italy and Spain. However, the FCDO is still advising against travel to Egypt, the Maldives and Sri Lanka despite them being placed on the amber list.

Children who are returning from a green or amber list country and who are under the age of 18 do not need to quarantine but will be subject to testing if they are aged 5 or over.

At the moment, if you are returning from an amber list country and you are not fully vaccinated, you need to quarantine at home for ten days. You will also need to take a test before departing for the UK and a PCR test on Day 2 of your return and another on Day 8.

From the 4th of October, the green and amber lists will be merged and replaced with a “rest of world” or “ROW” list in the UK. The red list will remain but it will be entitled the “no-go” list.

The “ROW” and “no-go” lists only indicate travel rules for those people who are returning to the UK. You will still need to check the entry requirements for the country you are intending to travel to.

What quarantine periods and tests will be required when returning from a “rest of world” country?

Fully vaccinated passengers won’t need a pre-departure test on arrival into the UK from a “ROW” country from the 4th of October.

From “later in October” the requirement for a Day 2 PCR test is set to be dropped in England and Scotland too, with travellers being allowed to use Lateral Flow Tests instead – providing they meet the specifications required by your destination). Northern Ireland and Wales have not announced any plans to drop the PCR test requirement as of yet.

Unvaccinated passengers coming into the UK from a “ROW” country after the 4th of October still need to take a pre-departure test, followed by day 2 and day 8 tests and quarantine at home. They can choose to take a Test to Release test on day 5 as well to potentially reduce the isolation period (on receipt of a negative result).

If you are returning from a “no-go” country you will need to take a pre-departure test and undergo quarantine in a UK government managed hotel for 10 days, as well as taking tests on Day 2 and Day 8. You will not qualify for a Test to Release test.

What happens if I am abroad and the country I am in moves list from “ROW” to “no-go”?

If you are abroad and an announcement is made by the UK government that the country you are in is moving from the “ROW” list to the “no-go” list this usually won’t take effect for a few days.

Returning to the UK from a “no-go” country means you will need to pay to quarantine in a government-managed hotel on your return home if you don’t land back in the UK before the country changes lists. The cost for a ten-day stay is currently £2285 for a single adult and £1430 for a second adult.

To avoid having to quarantine in a hotel, your holiday company may try and bring you home early, before the country’s status changes to red. This is not guaranteed though, so it is best to check with your holiday company what would happen in this scenario when you are booking.

If your holiday provider won’t fly you home early, or you have booked your flights and accommodation separately, then you may be forced to pay for new flights home, and the costs may be significantly higher than usual due to an increase in demand. However, if you choose not to come home early, then you will have to pay for the hotel quarantine for yourself and your family members instead.

Should I book a holiday abroad for October?

It is now easier to plan a trip abroad with the new rules that are coming into effect on the 4th of October, with the simplified testing requirements and removal of the green and amber lists. However, it is important to remember to protect yourself in case the country you fly to is moved to the “no-go” list whilst you are away.

Here at Fit2FlyTest we aim to get you cleared for takeoff by offering you Fit to Fly Tests, Day 2 testing kits, Day 8 testing kits and Test to Release PCR tests that you can take in the comfort of your own home.