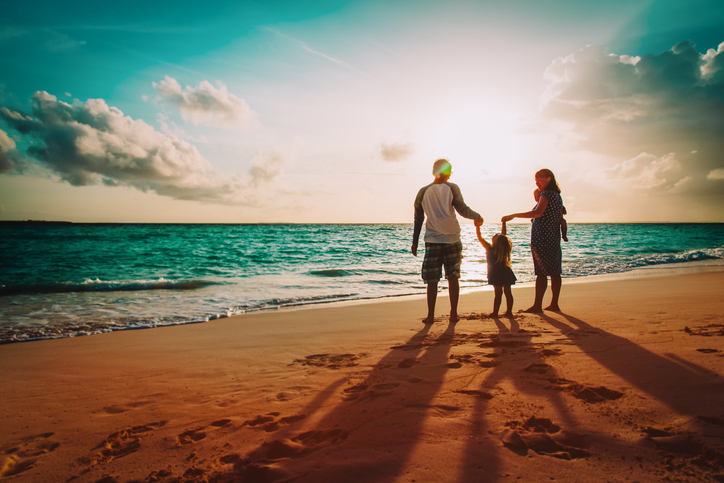 UK Travel Restrictions: How have the COVID guidelines changed?

International travel is back on from the UK to many destinations overseas, but as England, Northern Ireland, Scotland and Wales change their rules how freely can we travel now? Here’s everything we know:

Can I go on holiday right now?

Yes, to most countries.

The first big date in the holiday calendar this year was Monday 17th of May – as this was when travel abroad became possible again. Foreign destinations were graded red, amber or green according to the government’s traffic light system – with each colour list denoting different rules around quarantining and testing on return to the UK.

On Monday 4th October, the travel rules changed again, with the red list being left in place, but the green and amber lists were merged into a new category “rest of the world.” Then on Monday 1st of November, the UK travel restrictions changed again, with the remaining 7 countries that were on the red list being removed. Confusingly though, the red list does still exist, as a backup, in case a country does need to be added back on following one of the UK government’s regular travel rule reviews (which take place every three weeks).

How have the travel testing rules changed?

If you are double vaccinated, then you now don’t need to take a pre-departure test before arrival in the UK. If you are not double vaccinated then you still have to get a PCR test on day 2 and day 8 and isolate for 10 days – with the option to test to release from day 5 (unless you live in Northern Ireland as this test is not available there).

Transport Secretary, Grant Shapps, recently announced that from Sunday 24th October, fully vaccinated travellers in England could replace the Day 2 PCR test with a lateral flow test. These have been available since Friday, October 22nd and passengers need to be able to upload a photo of their test. Scotland and Wales aligned with England from Sunday 31st October, with Northern Ireland yet to confirm if it will follow suit.

As for holidays within England, Northern Ireland, Scotland and Wales – they have been permitted since Monday 19th of July when all group size limits were removed in England meaning residents can now travel domestically with as many people as they wished.

Can I go on a cruise from the UK?

International cruises started again from England from Monday 2nd August. UK residents and citizens of the UK do not have to quarantine on their return if they are double vaccinated, and no longer need to take a pre-departure test. Those travellers who are not double vaccinated still have to get a PCR test on day 2 and day 8 and isolate for 10 days on returning from their cruise.

It might be a wise idea to ask your cruise operator and your travel insurance provider about medical facilities onboard the shop and what happens if there is a COVID outbreak.

What were the key dates for lockdown easing in England?

The key dates for lockdown in England were as follows:

Monday 8th March saw all schools reopen to pupils, and outdoor socialising between members of two household bubbles was also allowed. From Monday 29th March, outdoor gatherings for up to six people or two households were allowed, and outdoor sports also restarted.

Self-catering holiday lets reopened for individuals or families, along with campsites (as long as there were no shared facilities). The ‘stay local’ guideline ended and staycation holidays were allowed again.

Non-essential shops also reopened, along with gyms, hairdressers and outdoor hospitality venues such as pub gardens and outdoor terraces. Amusement parks and zoos were also allowed to reopen.

B&B’s and hotels were allowed to reopen, and overseas holidays to a few destinations restarted according to the Traffic Light System. Most outdoor restrictions were lifted and limited mixing indoors began – so up to six people or two households could meet inside, and up to 30 people could meet outside.

Cinemas, exhibitions, museums, pubs and restaurants, sports stadiums and theatres also reopened and some large events of up to 4000 people were allowed.

Children were no longer required to wear masks at school – and we were finally allowed to hug people again.

All large events and live performances were allowed, with no cap on size, nightclubs were also allowed to reopen and all remaining social contact restrictions were lifted.

Boris Johnson, Prime Minister, also announced on this date that the vaccine passports which are available through the NHS app would be necessary as a condition of entry to nightclubs and other large crowd venues from September in order to indicate whether a person has had both doses of the vaccine, tested negative for the virus, or has natural immunity from it after having previously contracted it. This policy has now been scrapped in England.

Anyone over 18 in England who is “pinged” by the NHS COVID-19 app no longer has to isolate, from the 16th of August, if they have received the second dose of vaccine at least two weeks before.

Boris Johnson laid out England’s COVID-19 Response: Autumn and WInter on the 14th September with Plan A including booster jabs being offered to 30 million eligible people, free PCR tests still available on the NHS and a continuation of the NHS Test and Trace systems. If Plan A did not succeed in preventing unsustainable pressure on the NHS then Plan B is to be put into action, including a return to mask-wearing being compulsory, asking people to work from home again and the introduction of vaccine passports.

Can international visitors travel into the UK on holiday?

Yes, and they do not have to quarantine as long as they have received a second dose of an approved vaccine at least 14 days before travel. All travellers into the UK also have to fill in a passenger locator form 48 hours before arrival.

In past months, it was mostly vaccines that were given in the EU that were recognised, however from Monday 11th October, the UK government announced that it now recognised vaccines given in 37 additional countries including Albania, Australia, Bangladesh, Bulgaria, Egypt, Iceland, Jamaica and Vietnam.

Fit2Fly offers a variety of gold standard COVID-19 fit to fly tests from our accredited labs with delivery in 1-2 working days.