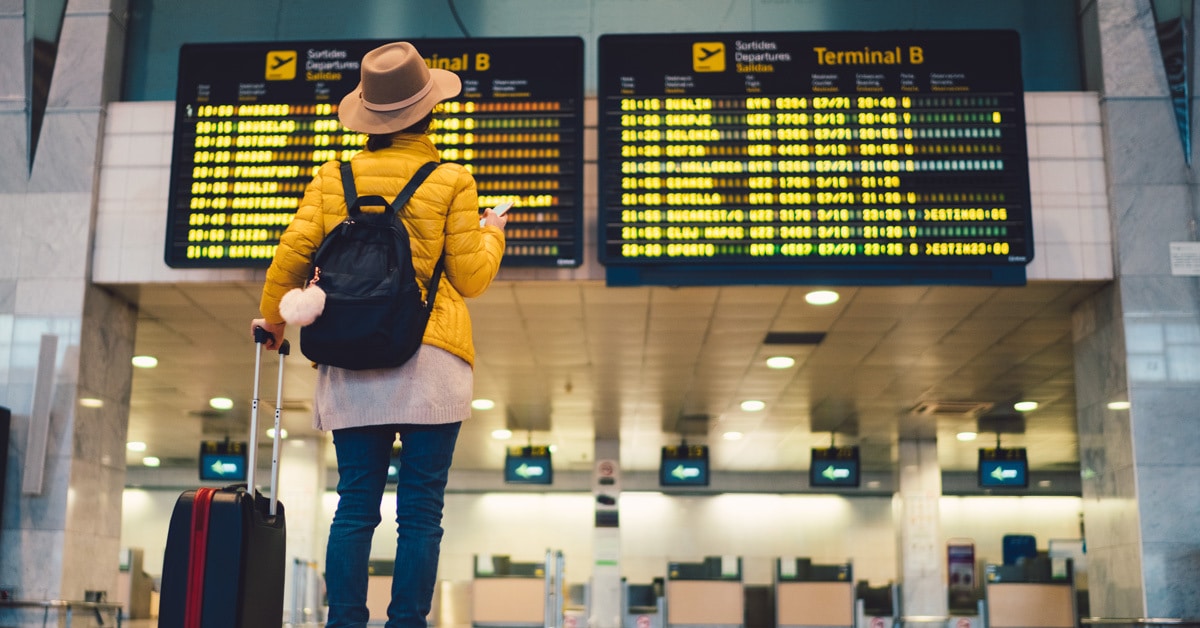 Stricter travel restrictions and border controls are being introduced across the world, in response to the latest COVID variant of concern – Omicron.

The UK has also reintroduced day two PCR tests for all inbound travellers to the UK, including travellers who are fully vaccinated – along with mandatory quarantine until results are received.

Six southern African countries were added to the red list at the end of last week – Botswana, Eswatini, Lesotho, Namibia, South Africa and Zimbabwe – and a further four have now been given red status as well.

From 4 am on Sunday 28th November, UK and Irish residents returning to England from Angola, Malawi, Mozambique and Zambia must go into a quarantine hotel for 10 days at a cost to themselves.

All of these changes were announced in a statement from the Department of Health on the 25th of November, which described them as a “precautionary move following designation of anew variant under investigation by the UK Health Security Agency (UKHSA).”

The statement went on to say that “The variant includes a large number of spike protein mutations as well as mutations in other parts of the viral genome. These are potentially biologically significant mutations which may change the behaviour of the virus with regards to vaccines, treatments and transmissibility.”

What is the new rule for PCR Tests?

From 4 am on Tuesday 30th of November, if you are entering the UK from a foreign country (apart from Ireland) then you have to take a PCR test – a lateral flow test result will no longer be accepted.

The PCR Test must be bought privately before you travel from a private provider – such as Fit2FlyTest.

Travellers must self-isolate themselves while they are waiting for PCR test results – regardless of whether they have been fully vaccinated or not. If the test result is negative then you can stop self-isolating.

Why have these travel changes been introduced?

There are concerns around a new variant identified in South Africa, Omnicron, which is feared may not respond as well to vaccines.

Health Secretary Sajid Javid has said it could be the most infectious variant so far.

There are now ten south African countries on the red list, because of Omicron fears.

The only people now able to enter the UK from these countries are UK or Irish nations or UK residents.

However, they will have to pay for and self-isolate in a pre-booked government-approved hotel for 10 days with the rates being:

What are the other rules for travelling to the UK now?

All travellers to the UK must fill in a passenger locator form 48 hours or less before their journey – even if they are just passing through on the way to somewhere else.

Before travelling to the UK

What are the rules for travelling to the US?

Vaccinated travellers who have a negative test taken no more than three days before travelling can now enter the US without quarantining.

However, another test to be taken three to five days after arrival in the US is also recommended.

Vaccine certificates, such as the NHS COVID pass are accepted.

Children under the age of 18 do not need to be vaccinated, but should also take a test after arrival.

Masks are mandatory in airports and on aeroplanes and travellers need to flow local rules and state rules at their destination.

What are the rules around travel in Europe?

In France, for example, over-65s must have had a booster jab to travel or visit museums or restaurants from the 15th of December. It is not clear yet, whether this will apply to UK visitors or not.

Rules around travel are changing quickly, for all countries. It is therefore important to keep checking the UK Foreign Office rules for your destination, as well as our blog.