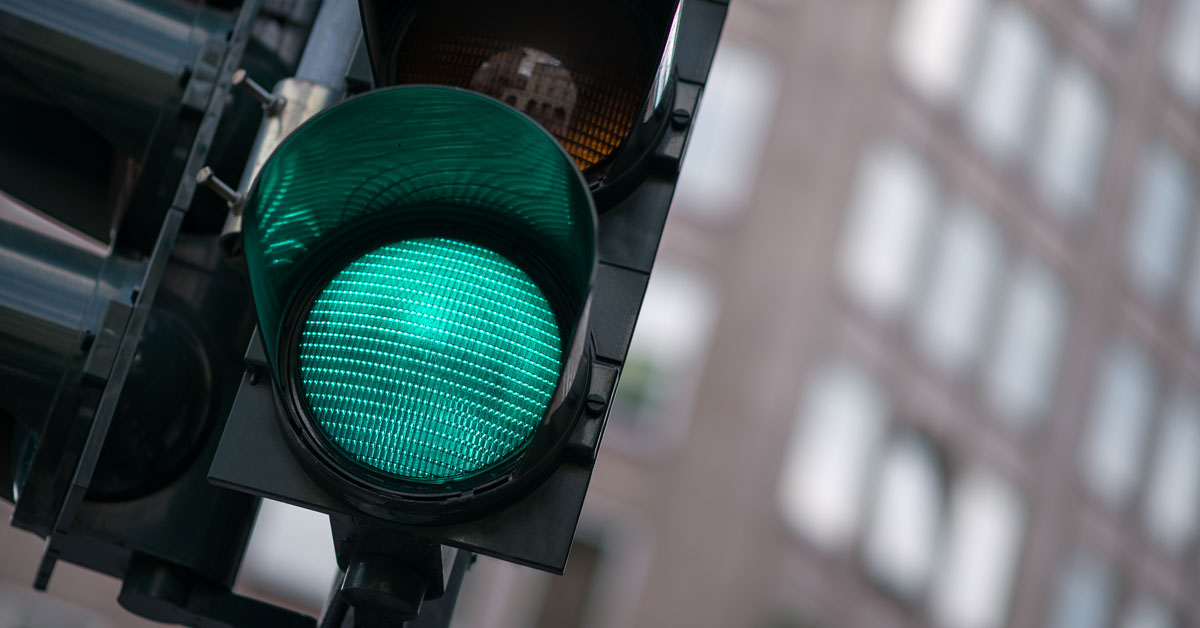 Which countries could be on the green list this summer?

The UK Government has confirmed that foreign travel should reopen this summer, with the use of a traffic light system for ranking countries.

Countries will be split into three categories depending on how high risk they are felt to be – red, amber or green.

Countries that are on the ‘green list’ will be the ones that have the lower case numbers plus high vaccination rates – as well as low instances of variants of concern.

Countries on the ‘red list’ will be those nations with high rates of variants of concern – such as the Brazilian and South African strains of the coronavirus.

How will the traffic light system work?

UK passengers will be able to travel to countries on the ‘green list’ without restrictions – meaning they will not need to quarantine or take a PCR COVID test on their return to the UK.

UK passengers travelling to countries on the ‘amber list’ will require proof of a negative PCR test before arrival back into the UK. They will also need to quarantine for 10 days at their home and take a further two tests during this time.

Travel to the UK from countries on the ‘red list’ would still be banned,

apart from for British and Irish nationals travelling home, and those who have permanent residence rights in the UK – including those with long-term visas. These people will have to quarantine in a government-managed hotel for 10 days at a personal cost of £1750.

At the moment, international travel is banned until at least 17th May under the UK governments lockdown roadmap

They went on to say “These decisions will be driven by the data and evidence nearer the time.”

However, research by leading travel agency The PC Agency reveals that Malta and Portugal could be on the list as both of these countries have low case numbers, and Malta has in fact achieved the highest number of vaccination figures in the EU so far.

Other countries which may be included due to relatively low case numbers and high vaccination rates include Canada, Barbados, UAE and the USA. 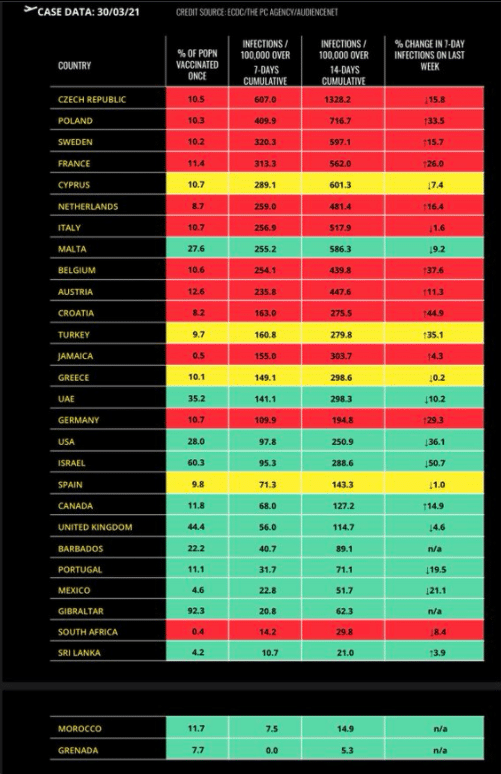 What about other popular destinations?

Countries such as Cyprus, Greece, Spain and Turkey have all said that they can’t wait to welcome back UK travellers this summer.  However, based on current case data and vaccination rates, they all look likely to land on the ‘amber list’.

It’s not clear about France, Germany and Italy as infection rates are still quite high in these countries, and vaccination rates in the EU are low in general.

Here at Fit2FlyTest, we want to make the return to international travel as effortless as possible, which is why we offer both a PCR Test (with digital Fit to Fly Certificate included) and a Test to Release COVID-19 PCR Test, both of which can be sampled in the comfort of your own home.