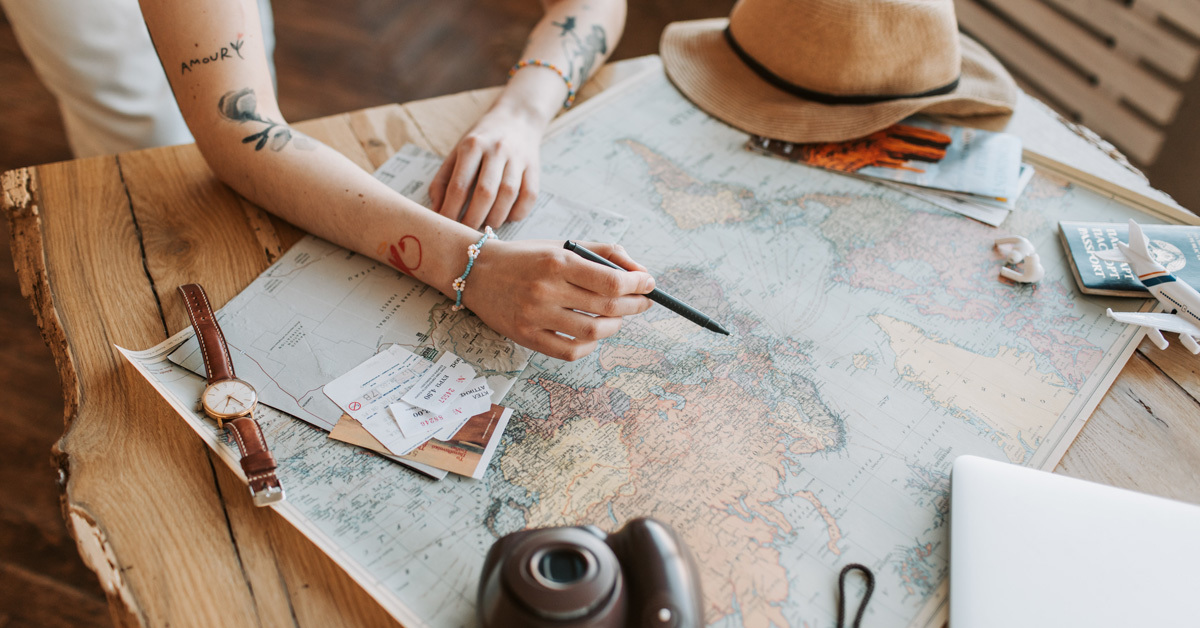 What you need to know about the next government COVID announcement, and which countries might move onto the green list.

Since travelling abroad was given the green light (albeit a cautious one) back in May of this year, our choice of foreign holiday destinations has been ruled by the UK government’s traffic light system – with all of the countries in the World being allocated to the red, amber or green lists. These allocations are based on the perceived threat of COVID-19 in the destination and how likely it is that anyone visiting there may bring back a troublesome new variant to the UK.

At the moment, most people are keeping an eye on the amber to red watchlist – as misjudging this could mean you have to stay in a quarantined hotel for 11 days on your return – plus all of the costs that are associated with that. The majority of the UK population are now fully vaccinated, and for those that are there is little difference between the amber and green lists in terms of travel restrictions – as both require a pre-departure test and a PCR test within two days of arrival back in the UK. However, if a country is moved between lists, it is a sign of which way the pandemic might be heading in your chosen destination.

So, if like many of us you spend your days scanning Grant Shapps (the transport secretary) Twitter feed, to find information about when the next government COVID announcement might be, and what it might involve, let’s get you prepared for the next likely announcement by providing you with some background information.

What date is the next government COVID announcement likely to take place?

The next government announcement relating to the traffic light lists are likely to take place around August 25th. These announcements have taken place every three weeks, roughly, since early June – usually on a Wednesday or Thursday afternoon – and the last announcement took place on Wednesday, August the 4th. There has been some variation in the number of days it takes for changes announced to be implemented, but we expect any new rules for recategorised countries to apply from around August 29th or 30th.

If the UK government stick to the three-week timetable, as they have done so far, then we may see a further change to the lists revealed around September there 15th, with changes applying to the last week or so of September and the first week of October.

It is important to remember that the travel lists and the rules that apply to them are not strictly a UK matter alone, but a devolved one – although the changes have stayed in sync for England, Scotland, Wales and Northern Ireland so far.

What has happened in previous announcements concerning the red, amber and green lists?

At the end of June, more countries were added to the green list, including the Balearic Islands, many Caribbean islands, Madeira, and Malta. However it wasn’t all good news, as the Dominican Republic, Tunisia and four other countries moved from the amber list to the red list.

Perhaps the best announcement so far for holidaymakers came in July, with the government announcing that quarantine on return from countries on the amber list would not be necessary for people who were fully vaccinated, from July the 19th.

In between these two announcements, however, there were mixed fortunes for some countries. Bulgaria, Croatia, Hong Kong and Taiwan moved to the green list, the Balearics moved from the green list and rejoined mainland Spain on the amber list, and Cuba and Indonesia moved to the red list. The biggest surprise though was the creation of an amber-plus list specifically for France, which meant that quarantine requirements were still in place for people travelling back to the UK from France, regardless of whether they were fully vaccinated or not.

This turned out to be just a temporary hiccup, however, (unless you were coming back from France between 19th of July and 8th of August) as France was returned to the amber list on August the 4th. Bahrain, India, Qatar and the UAE were also placed on the amber list on this date, with Austria, Germany, Latvia, Norway, Romania, Slovakia and Slovenia moving to the green list. The French Indian Ocean islands of Mayette and Reunion were moved to the red list, along with Georgia and Mexico.

Which countries could potentially move lists in this next announcement?

There has been a lot of talk about Spain recently, with many people believing it may move from the amber to the red list because of the rise in the number of beta variant cases in the country. However, these fears seem to have started to ease, with the news that cases of COVID in Spain have been falling rapidly since their peak in late July.

Cyprus is also showing a similar trend to Spain, as at one point it had the highest number of case rates of all of the European countries on the amber list.

However, confirmed COVID cases per million people are actually lower almost everywhere in Europe than they are in the UK, so looking at case rates alone will not justify any countries moving from the amber to red list – unless the cases are those of specific variants of concern.

Movement between lists does not rely solely on these bare numbers though. With the reliability of the data being called into question, as well as the prevalence of certain variants on a local basis, second-guessing any information that is being given to the government and what decisions they are likely to take based on that is never going to be easy.

If we focus on the countries that may move from green to amber or red, then the “green watchlist” tag gives us some idea of those countries that should be treated with caution by holidaymakers. Both Dominica and Israel, for example, are experiencing a sharp rise in the number of COVID cases, although Israel is still closed to tourists so a move from the green to the amber list won’t have much effect.

The government has not introduced an “amber watchlist” yet, but these are some countries on the amber list that have recently experienced a spike in cases – and these are Fiji, Malaysia, Montenegro, St Lucia and Thailand.

So, to sum up – the single most positive change that may be announced on or around August 25th would be an announcement that Turkey is being moved from the red list to the amber list.

The most significant obstacle now to foreign travel for UK holidaymakers is something that the UK government has no say in – the quarantine requirements and restrictive border policies of destination countries such as Australia, Italy, Japan, New Zealand, Thailand and the US.